The Canaan Group of companies was founded in 1981 by our late father, Mr. Paul Lo. Canaan (pronounced K-nan) is the ancient Hebrew word meaning the land of promise. It is this principle of "Delivered as Promised" that the company is founded upon. Canaan Shipping Co. Ltd. was initially started to handle freight forwarding needs from customers who were looking to export from Canada to Asia. By building these critical connections, Canaan was able to partner with Asian Trading companies, who were purchasing forestry products to export from Canada. Canaan was one of the pioneers in the freight forwarding business in Canada.

Initially providing transportation solutions between Asia and North America, Canaan has now grown to have global reach. From the bustling Japan trade of the 1980's to the tech boom of the 21st century, Canaan Group has been first and foremost a solution provider. Through our partners globally, Canaan now covers 75 countries and 200 offices worldwide.

We have grown over time to develop expertise in 15 core industries. From typical transportation modes like ocean and air, the key to our success is seeking out innovative solutions to make your transportation needs better. Our motto is "Delivered as Promised", to deliver your products on time and on budget while providing you with superb service the whole time.

Canaan Group now is a fully integrated, all-inclusive transportation solution for all customers looking for supply chain management, logistics, import/export trading, freight forwarding, and business services. With our headquarters in Toronto, Ontario, we are well positioned to handle all our needs to and from Asia, Europe, South America, United States, and Africa. Within Canada, we maintain offices in Vancouver, Richmond, Calgary, Toronto, and Montreal. 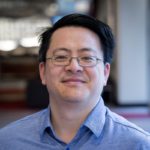 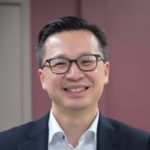 1988 - Modern Terminal Ltd., a separate company, is formed to focus on warehousing, supply chain, and cross-deck in Vancouver, BC

2007 - Brand new warehouse facility in Richmond, BC is built on a 7 acre parcel, and all companies are rebranded under one single umbrella organization: Canaan Group of companies

2009 - Canaan Group of companies become member of the CIFFA